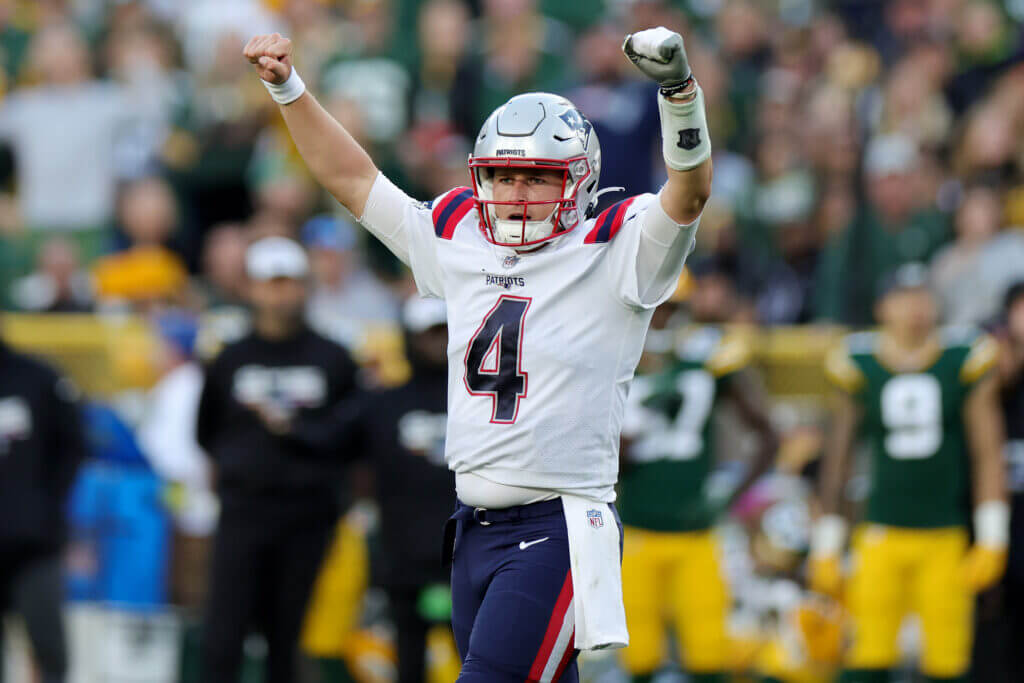 It apparently wasn’t sufficient of a jolt to Bailey Zappe’s nervous system that the rookie quarterback’s NFL debut passed off because of the Patriots discovering themselves in a type of perilous “in case of emergency, break glass” conditions.

Instead, the Patriots’ late-afternoon showdown in opposition to the Green Bay Packers at Lambeau Field was barely underway when there arose an ideal, massive bonus uh-oh: Zappe entered the sport as New England’s quarterback after one other “in case of emergency, break glass” second. He was stepping in for backup quarterback Brian Hoyer, whose personal stepping-in for the injured Mac Jones ended within the first quarter when Hoyer went to the locker room with a head harm after being sacked by the Packers’ Rashan Gary.

Welcome to the NFL, Bailey Zappe.