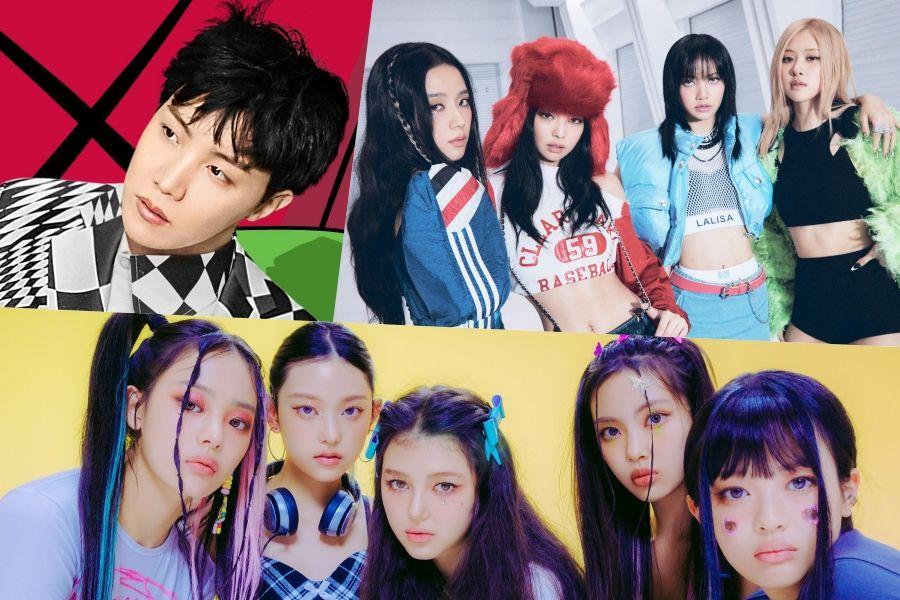 Rolling Stone has printed its year-end roundup of “The 100 Best Albums of 2022″—and several K-pop albums made the list!

On December 1 local time, the American magazine published its annual list of its picks for the best albums of the year.

BTS’s J-Hope’s solo album “Jack In The Box” ranked No. 9, with Brenna Ehrlich writing, “The first BTS member to release a solo album, J-Hope set the bar high with ‘Jack In The Box,’ a 10-track concept album that opens with a retelling of the myth of Pandora’s box. The last item in that mythical, chaotic container was hope, after which the rapper named himself—an apt description, if this growly, endlessly creative debut is any indication.”

Meanwhile, BLACKPINK’s second studio album “BORN PINK” made the record at No. 25. Rob Sheffield wrote, “Jisoo, Lisa, Jennie, and Rosé have long ruled K-pop as the ‘Lovesick Girls,’ but with ‘BORN PINK,’ they blow up into rock queens. It’s short and sweet—eight songs in 20 minutes—but that’s all the time BLACKPINK need to sashay through a whole wardrobe of star poses, blazing with high-energy confidence.”

Finally, NewJeans’ self-titled debut EP “New Jeans” took No. 46 on the record, with Kristine Kwak writing, “There’s no question that Minji, Hanni, Danielle, Haerin, and Hyein made a splash this year with their first EP. Clocking in at just under 13 minutes, the singles ‘Attention,’ ‘Hype Boy,’ ‘Cookie,’ and ‘Hurt’ each feature a unique sound and fresh visual component, leaning heavily into a Nineties pop aesthetic that suits this band well and guarantees replays… It’s just a bite-size EP, but it’s left us wanting a lot more.”

Congratulations to J-Hope, BLACKPINK, and NewJeans!

What have been your favourite albums of 2022? Let us know within the feedback under!