Gaon Chart has introduced its newest batch of official certifications!

In 2018, the Korea Music Content Industry Association applied a brand new certification system for album gross sales, tune downloads, and on-line streaming. Starting with music launched on or after January 1, 2018, Gaon Chart now certifies albums platinum as soon as they attain 250,000 gross sales, whereas albums which have offered one million copies or extra obtain a “million” certification.

On April 8, it was introduced that TWICE’s “Eyes wide open” and TXT’s “minisode1 : Blue Hour” have been licensed double platinum for exceeding 500,000 gross sales, whereas SHINee’s “Don’t Call Me” has been licensed platinum for surpassing 250,000.

Platinum certification for streaming is achieved when a tune surpasses 100 million streams. Maktub’s “To You My Light” and AKMU’s “How can I love the heartbreak, you’re the one I love” have obtained double platinum certification for exceeding 200 million streams every. BLACKPINK’s “How You Like That,” Sandeul’s “Slightly Tipsy,” Oh My Girl’s “Dolphin,” IU’s “Give You My Heart,” and Maroon 5’s “Memories” have been licensed platinum. 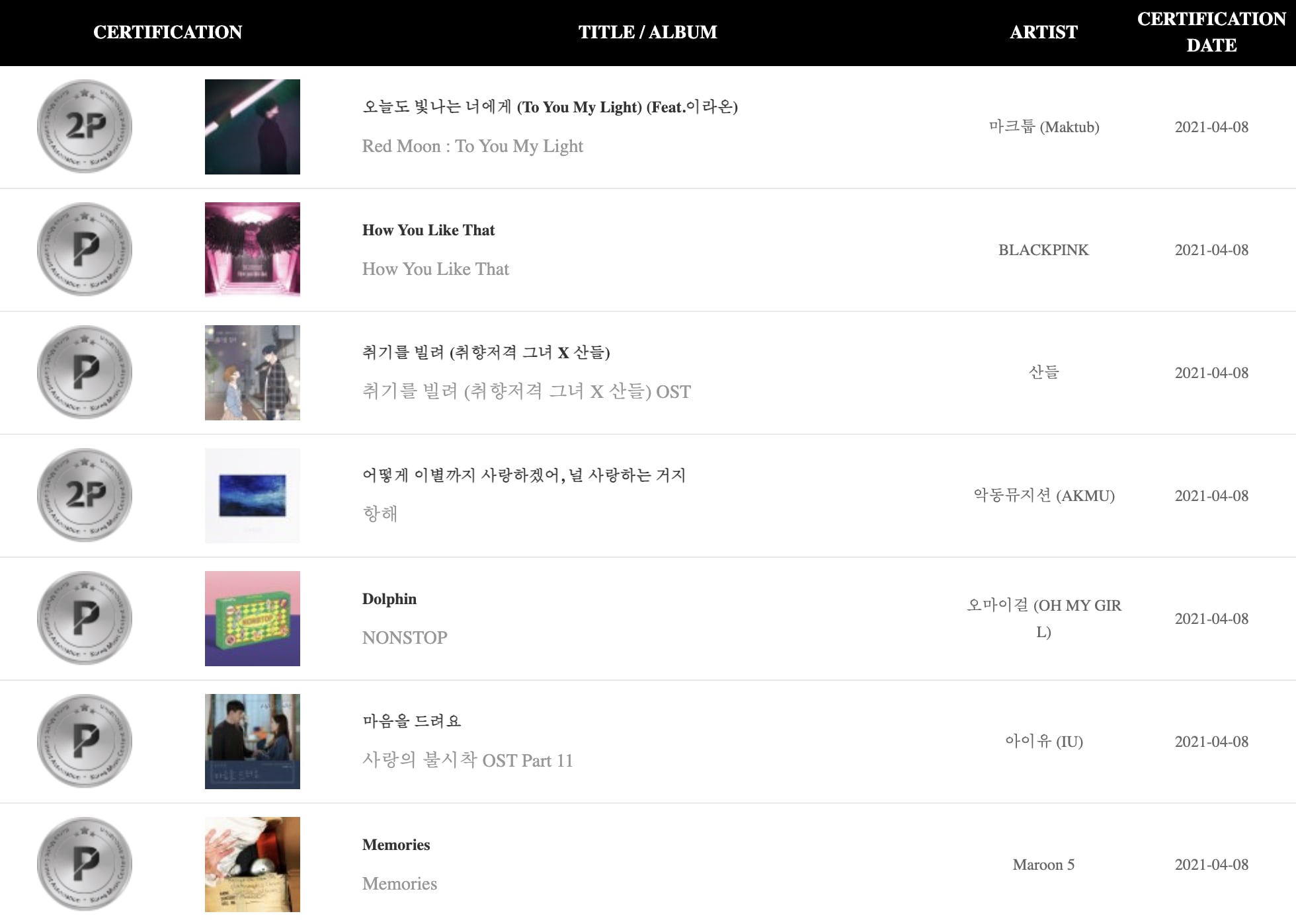