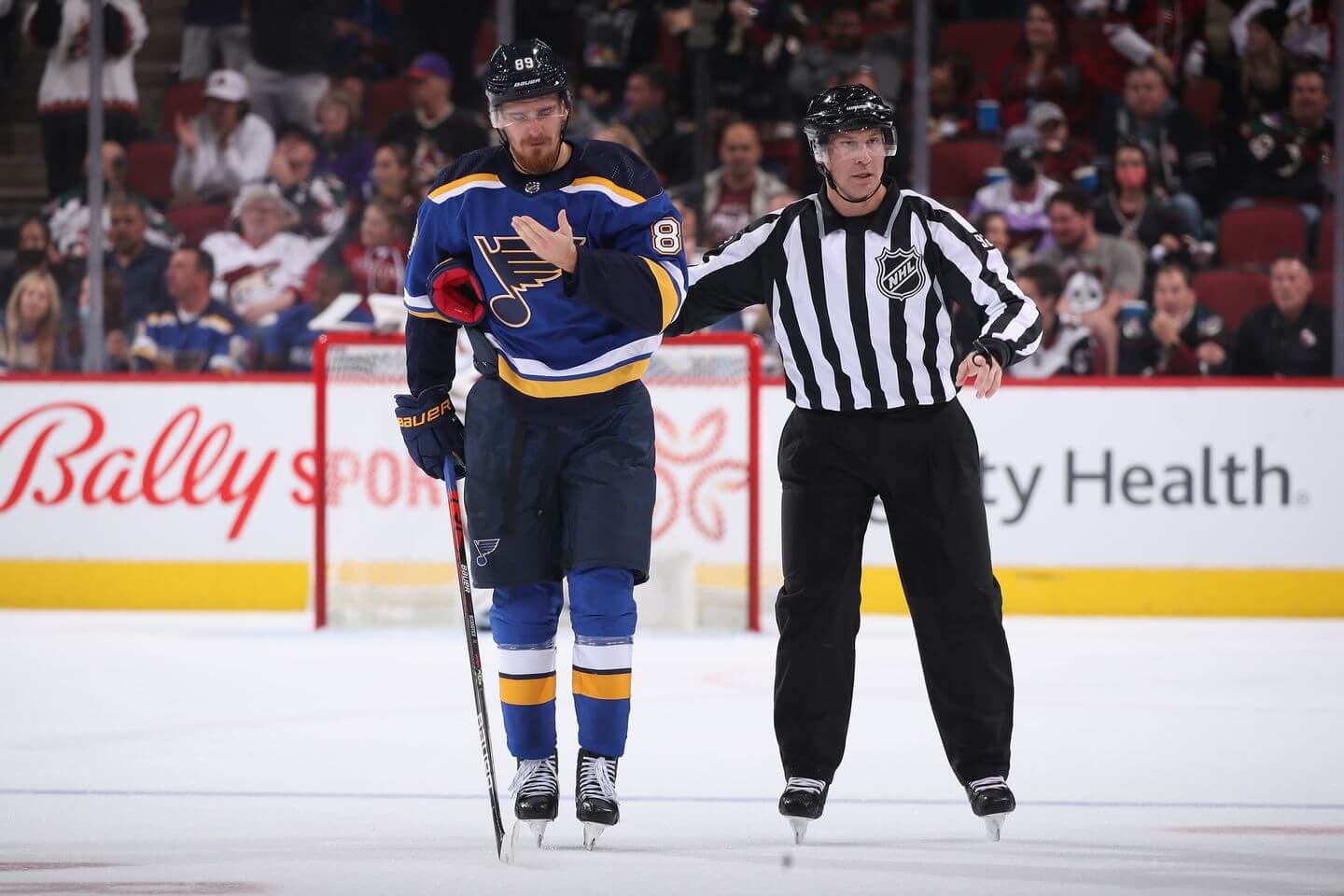 St. Louis Blues winger Pavel Buchnevich has been suspended for 2 video games by the NHL’s Department of Player Safety for head-butting the Coyotes’ Lawson Crouse on Monday night time in Arizona.

The incident occurred within the first interval of Monday’s sport, when Crouse approached Buchnevich after the whistle and delivered a cross verify. Buchnevich responded with a head-butt, drawing a match penalty. The Department of Player Safety described Buchnevich’s actions as “clear, direct and intentional” and considers Buchnevich a repeat offender. He was suspended last May for high-sticking Capitals ahead Anthony Mantha.