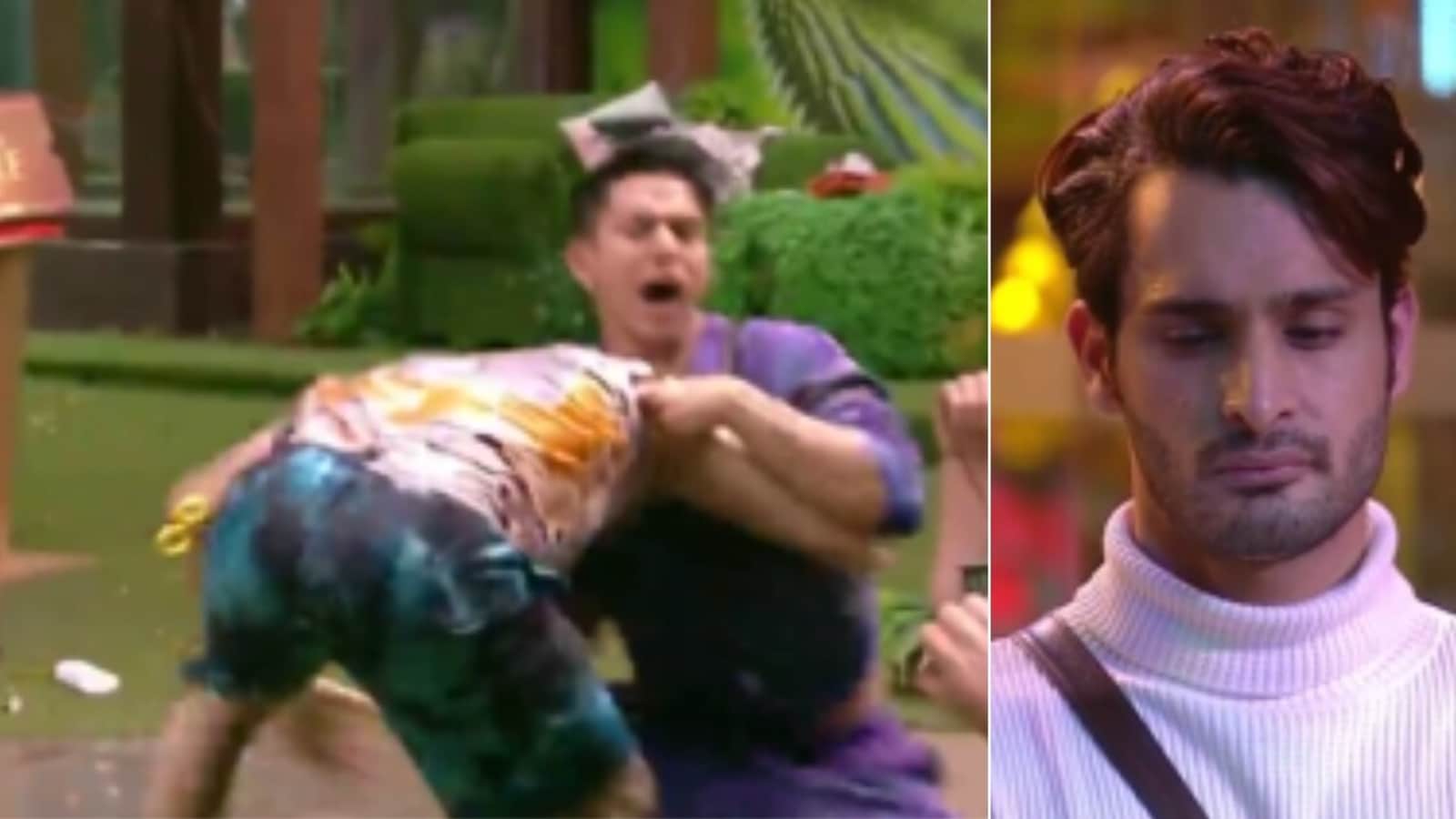 In the upcoming episode of Bigg Boss 15, Umar Riaz could be seen pushing Pratik Sehajpal throughout a activity.

In the upcoming episode of Bigg Boss 15, the contestants can be seen performing a activity throughout which Umar Riaz and Pratik Sehajpal get right into a struggle. In the promo shared by Colors TV’s Instagram deal with on Monday, Umar is seen pushing Pratik throughout a activity.

In the video, Bigg Boss 15 housemates could be seen doing a activity the place they’re supposed to maneuver the individuals, from the opposite staff, from their place. In the video, Pratik and Rakhi Sawant could be seen throwing a bucket filled with water at Umar’s shut pal Rashami Desai. After this, Umar loses his cool and assaults Pratik, making him fall to the bottom.

As quickly as the most recent promo was posted, Bigg Boss followers began reacting to it. One individual requested, “Is Umar evicted?” Another one identified at incidents when no one was evicted even after bodily violence within the present. The individual wrote, “Where were your so called rules and regulations when Simba pushed Umar in the pool? When Karan got physical with Pratik twice and many more such incidents! Why do you only target #UmarRiaz every week? Unfair!”

While one fan demanded Pratik’s eviction and wrote, “Nikalna hai to Partik ko nikalo pehle paani us ne dala (Evict Pratik if there’s going to be an eviction. He poured the water first).

Read More: Bigg Boss 15: Abhijit Bichukale picks up bottle to hit Devoleena Bhattacharjee as she says he should be spat on. Watch

In the upcoming episode of Bigg Boss, wild card contestants Munmun Dutta, Surbhi Chandna, Akanksha Puri and Vishal Singh can be seen contending to get the wild card ticket to the finale of Bigg Boss 15. These 4 contestants may also assign duties to the Bigg Boss housemates.