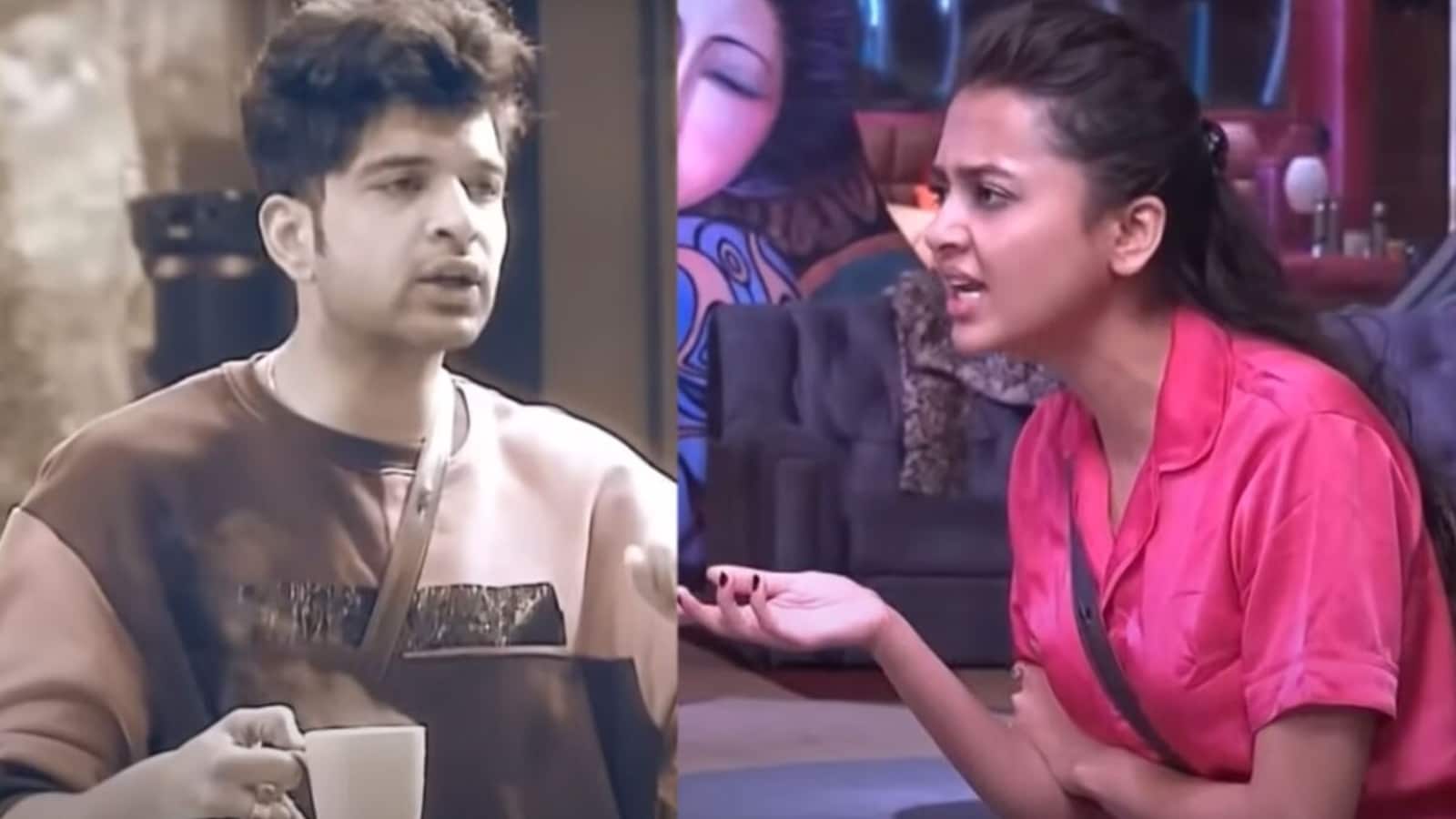 Bigg Boss 15 contestants Karan Kundrra and Tejasswi Prakash are believed to be in a relationship for just a few weeks however not all is okay between the 2. A promo for Tuesday’s episode confirmed them having an unsightly battle and her bursting into tears whereas calling herself his “girlfriend.”

On Monday’s episode, Tejasswi was upset with Karan as he and Umar Riaz determined to declare Shamita Shetty the winner of a activity towards Pratik Sehajpal. Karan was one of many supervisors through the activity and determined to facet with Shamita, which didn’t go down properly with Tejasswi.

The promo confirmed a livid Tejasswi shouting at Karan as he replied, “Apne gireban me jhanko (look at yourself first).” He tried to disregard her however she instructed him, “Have the fu***** ba**s to stand and finish a conversation.” He misplaced his cool and replied, “Chal ae apni shakal dekh (Go and see your own face).” In one other a part of the teaser, she began crying and declared that there was nobody she will name her personal and he replied in the identical vein.

Later, Tejasswi was seen crying in entrance of Pratik and Nishant Bhat. While sobbing, she mentioned, “Who talks to their girlfriend like that? I’m fu***** done.”

The promo additionally confirmed Bigg Boss saying punishment for Umar, which followers assume is his eviction from the present.

Also read: Bigg Boss 15: Tejasswi Prakash says Karan Kundrra never loved her; he breaks down: ‘This happens to me every time’

Karan and Tejasswi have earlier made headlines for his or her intimacy on the present. Host Salman Khan had as soon as grilled Karan for his behaviour and mentioned, “Why so much insecurity? Agar aapka abhi ye haal hai aisa, to jab aap log bahar niklenge, you will make her life miserable (If this is how it is going, then when you two will go out of the Bigg Boss house, you will make her life miserable). I will give it to you in writing, I am telling you – if this is the way of going, this is not going to last even one month after you come out of the house.”