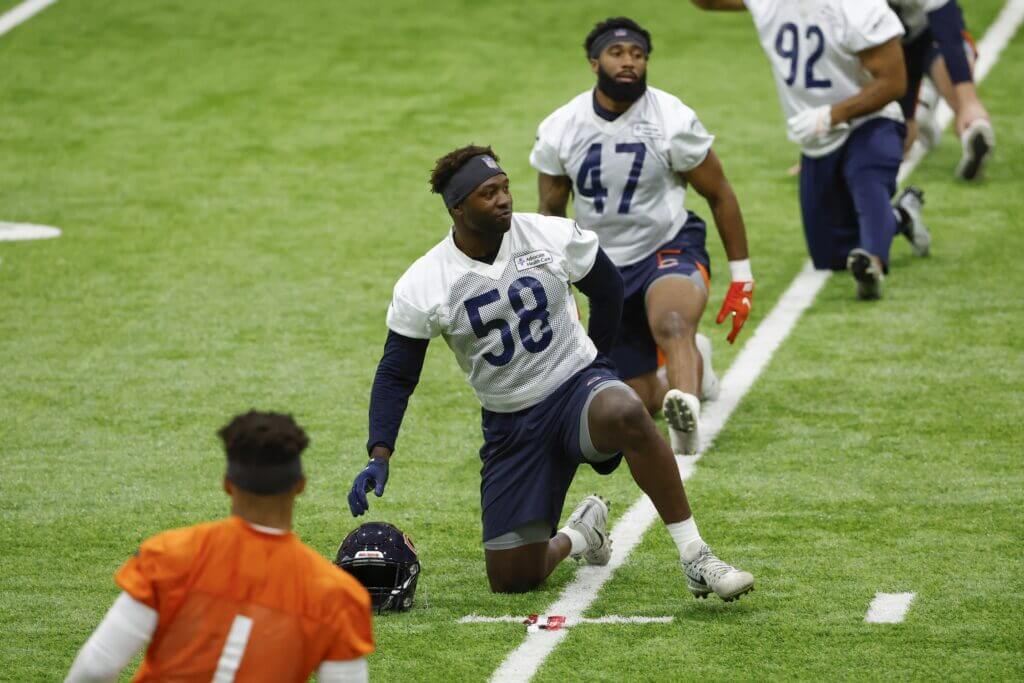 Chicago Bears linebacker Roquan Smith has requested a commerce, he mentioned in an announcement provided to NFL Network on Tuesday.

The second-team All-Pro, within the closing season of his contract, mentioned Chicago’s new entrance workplace “doesn’t value me here” and has “refused to negotiate in good faith.”

“The deal sent to me is one that would be bad for myself, and for the entire LB market if I signed it,” Smith mentioned. “I’ve been trying to get something done that’s fair since April, but their focus has been on trying to take advantage of me.”

The Bears made adjustments at basic supervisor and head coach after final season, bringing in Ryan Poles and Matt Eberflus, respectively. Smith mentioned he hasn’t spoken to Bears possession, however “as of right now I don’t see a path back to the organization I truly love.”

Smith, 25, recorded 163 tackles, three sacks and one interception final season, receiving second-team All-Pro recognition for the second consecutive season. He has spent all 4 seasons of his profession with Chicago after the Bears drafted him No. 8 out of Georgia in 2018.