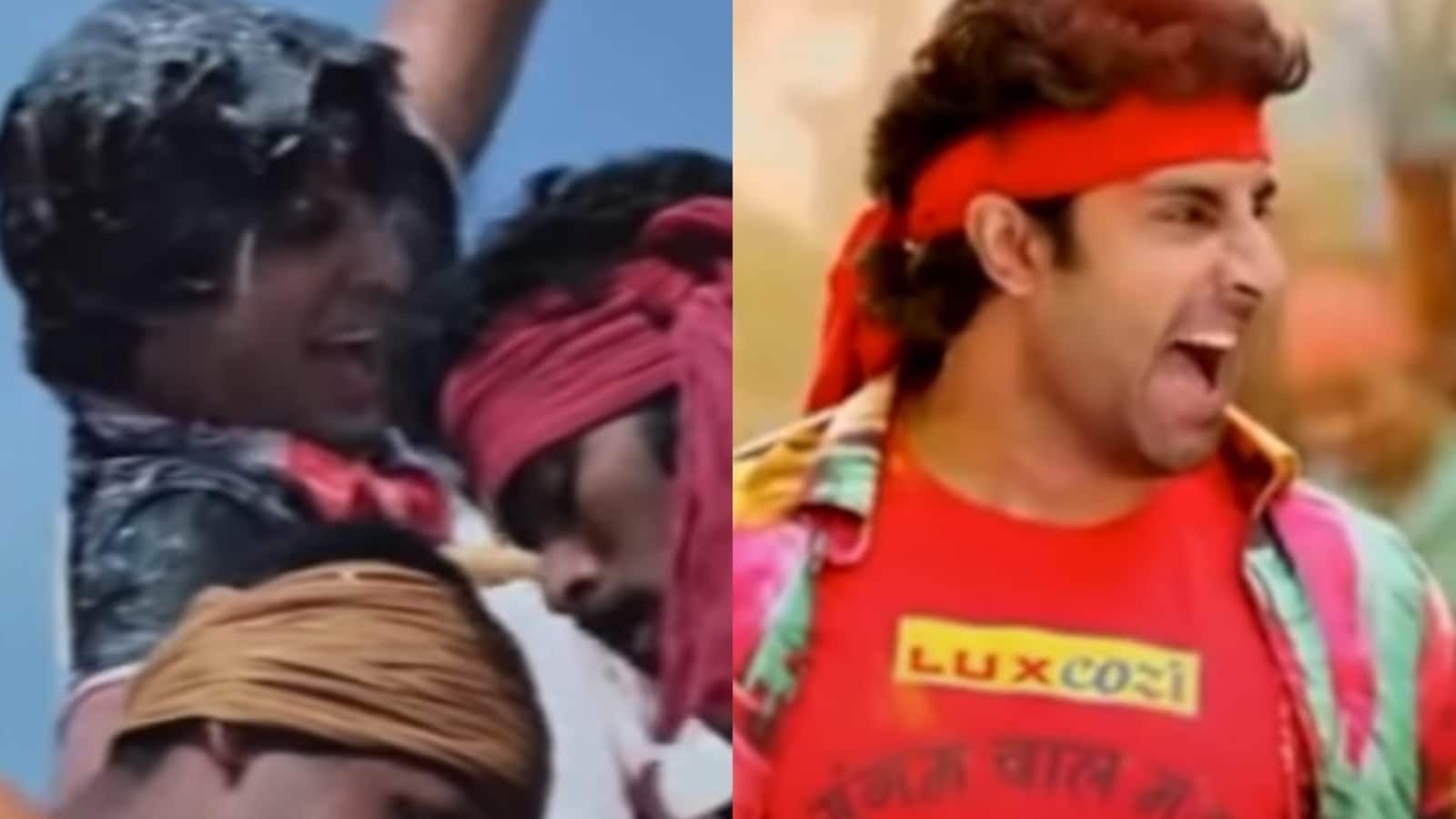 Amitabh Bachchan has shared a video giving out glimpses of the Janmashtami celebrations from his film, Khud-Daar and in addition an identical celebration from son Abhishek Bachchan’s movie Happy New Year. The mirrored celebratory scenes have been shared by Amitabh on social media on the event of Janmashtami. Fans have been amazed to see simply how comparable the 2 scenes have been. (Also learn: Raksha Bandhan: Shweta’s wish for Abhishek Bachchan came giftwrapped like this)

The video begins with a sequence from Amitabh’s 1982 movie Khud-Daar the place his character may be seen climbing a human pyramid to interrupt the dahi handi, a standard ritual on Janmashtami in Maharashtra. The track Mach Gaya Shor performs within the background in the course of the sequence. The video then strikes to a scene from Happy New Year (2014) with Abhishek’s character doing the identical as Shah Rukh Khan, Sonu Sood, and Boman Irani watch.

Reacting to the video within the feedback, Amitabh’s daughter, Shweta Bachchan Nanda wrote, “Oh AB @bachchan you made me laugh so much in this.” One of his followers commented, “Bollywood king of Shahenshah.” Another fan wrote, “Happy Janmastami.” Many followers dropped coronary heart emojis on the video. Some followers wrote feedback saying “like father like son,” mentioning the equivalent sequences a long time aside.

Abhishek was final seen within the movie 2022 Dasvi alongside Yami Gautam and Nimrat Kaur. He will reportedly be seen in SSS 7, remake of 2019 Tamil movie Oththa Seruppu Size 7. He may even return for the subsequent season of his Prime Video internet collection Breathe: Into the Shadows subsequent 12 months.

Currently, Amitabh is awaiting the release of Ayan Mukerji’s Brahmastra, which may even star Alia Bhatt, Ranbir Kapoor, Nagarjuna, and Mouni Roy. The movie will release on September 9. He additionally has Goodbye within the pipeline, whichlm additionally stars Rashmika Mandanna and Neena Gupta.