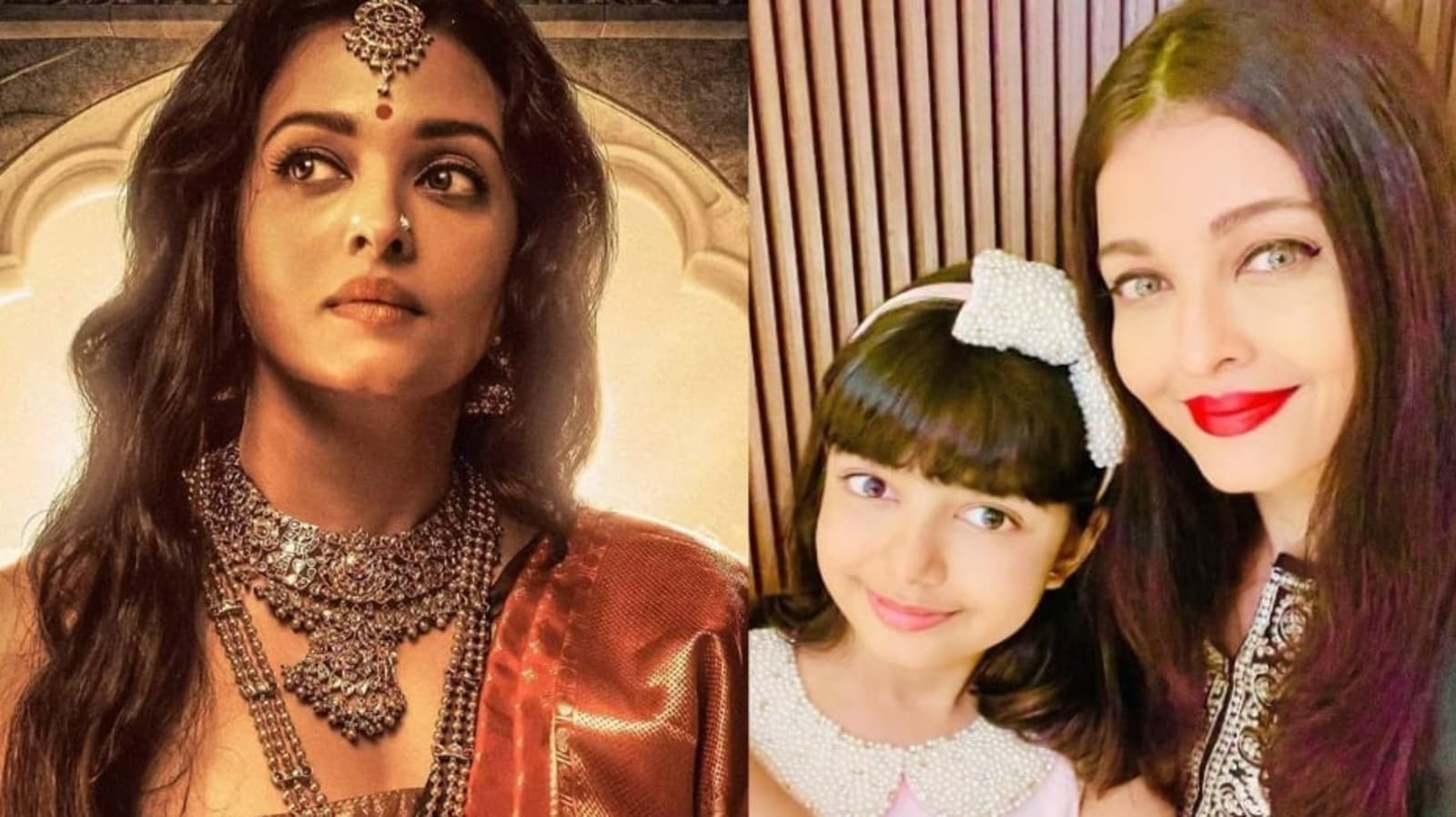 Aishwarya Rai has been busy with the promotions of Ponniyin Selvan I, which releases in theatres on September 30. On Saturday, at a press occasion for the upcoming magnum opus, Aishwarya spoke about daughter Aaradhya Bachchan getting the chance to go to the movie’s set. The actor mentioned Aaradhya was ‘mesmerised’, and ‘is in awe of’ Mani Ratnam. Also learn: AR Rahman shares selfie with Ponniyin Selvan I stars Aishwarya Rai, Vikram, Trisha

Ponniyin Selvan I marks Aishwarya Rai‘s reunion with director Mani Ratnam after 12 years; Ravaanan, their final movie collectively, launched in 2010. In Ponniyin Selvan I, Aishwarya performs Nandini, a Pazhuvoor queen. She spoke about daughter Aaradhya’s response to seeing her play a queen as she visited the movie’s set along with her father, actor Abhishek Bachchan.

“At the time (of visiting Ponniyin Selvan I set) she (Aaradhya) was enthralled. Seeing a period drama is always exciting. And she did get the opportunity to visit on set. It was mesmerising (for her) and I could see that in her eyes. But I think my admiration for working with him (Mani Ratnam)… she respects him, she is in awe of him. And, I think what excited her the most was when one day she came on the set, he gave her the opportunity to say ‘action’. She could not get over that. She was like ‘aah, sir gave me that opportunity’. I don’t think any of us had that opportunity. That’s probably the most cherished memory for her. She values it already and with growing years more so,” Aishwarya was quoted as saying in an India Today report.

Ponniyin Selvan I is jointly produced by Madras Talkies and Lyca Productions. It is directed by Mani Ratnam with music composed by AR Rahman. The movie is slated for a worldwide release in Tamil, Hindi, Telugu, Kannada, and Malayalam. Along with Aishwarya, Ponniyin Selvan I stars Vikram, Karthi, Jayam Ravi, Trisha, Aishwarya Lekshmi, and Sobhita Dhulipala, amongst others.