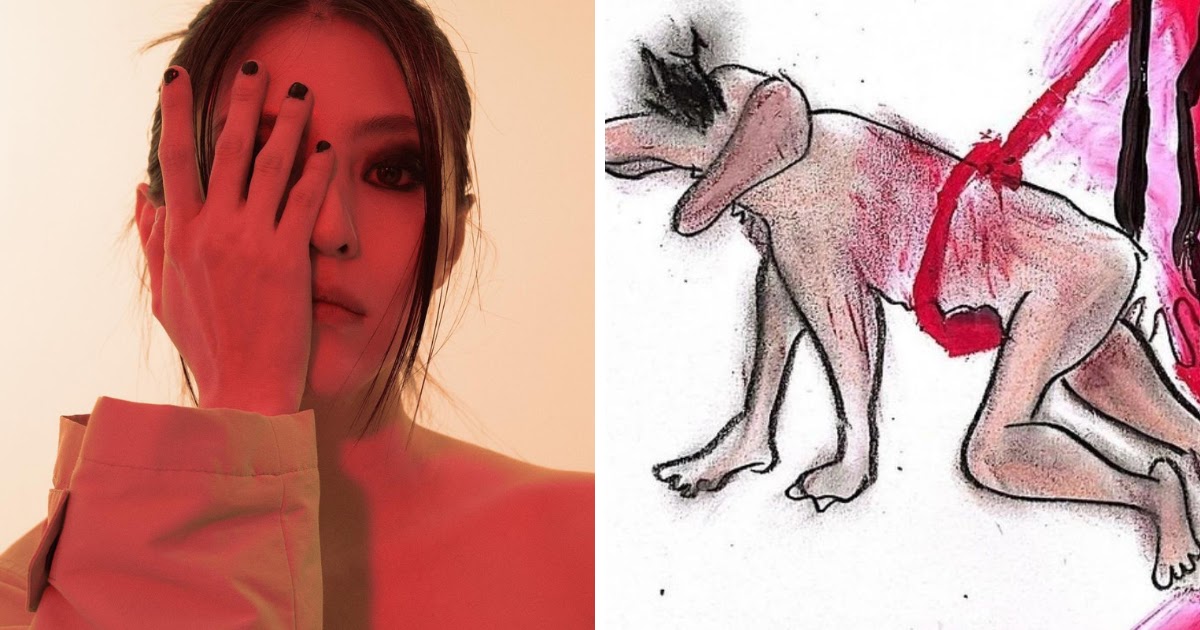 Han So Hee‘s latest Instagram posts have fans worried about the actress.

On both August 8 and August 10, the actress uploaded several pictures.

The cryptic pictures show a dog-like person with a red leash around their abdomen, several silhouettes of women, and a person lying down with red eyes and a splotch of red on their upper torso.

One of her drawings features the famous Albert Camus quote.

And never have I felt so deeply at one and the same time so detached from myself and so present in the world.

Fans have shown concern for the actress, who is currently recovering from an injury she suffered while filming for an upcoming drama.

Several of her fans, however, argued that the actress was just expressing herself, and this should not be any cause for concern.

According to reports, the actress was injured while filming on August 3. At the time of the injury, the actress was sent to the emergency room with an eye injury. Her agency had prior calmed fans’ fears, stating the harm wasn’t severe.

Han So Hee is reported to be at the moment filming for her upcoming drama Kyung Sung Creature. The drama has many followers anticipating the chemistry between her and co-star Park Seo Jun.

There has not been any official assertion from the actress or her company relating to her Instagram posts.