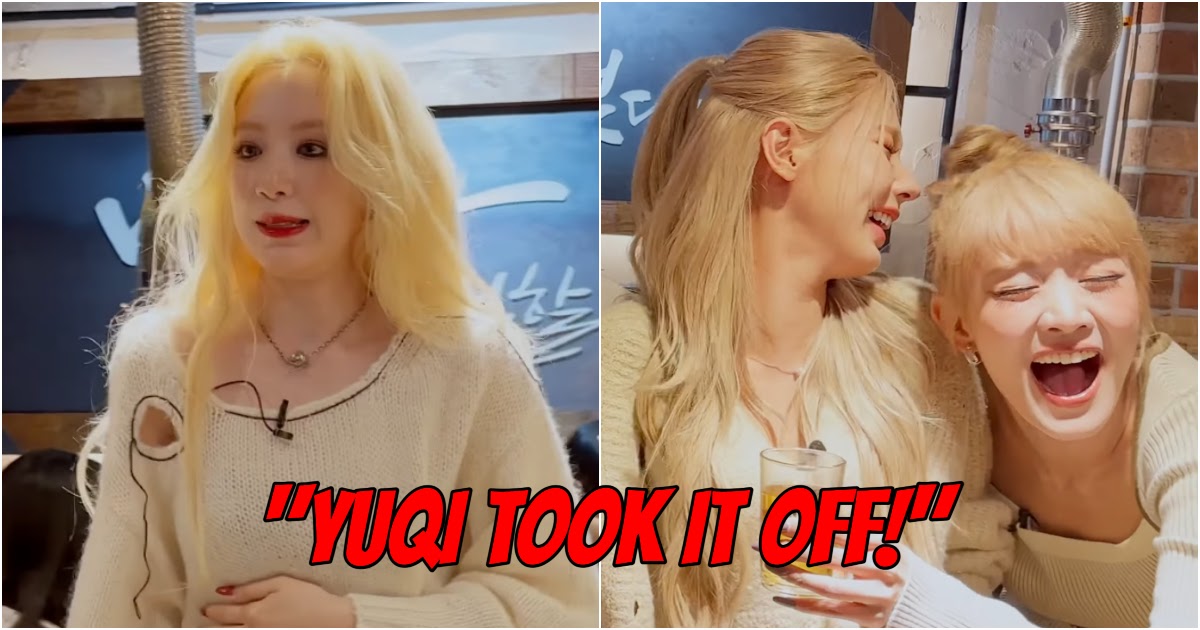 They have been utterly unhinged.

(G)I-DLE appeared on Dingo Music‘s YouTube series Tipsy Live to celebrate a year full of successful comebacks from “Tomboy” to “Nxde.” The girls were utterly unhinged, partying like there was no tomorrow. Here’s a listing of seven drunk moments that confirmed the members’ true personalities!

(G)I-DLE was accused of not having the tightest or most synchronized choreographies for his or her songs up to now, so the women determined to overlook the haters and provides a toast to their “bad dancing!” Their chief Soyeon proclaimed, “Idol is not all about dancing!”

The members have roughly agreed that Minnie struggles to show off her sensual charms at times, however with a little bit of alcohol, sexiness drips off her! Soon all the women have been climbing on their chairs.

Shuhua proved unafraid of going all out in showing her seductiveness on an episode of Street Alcohol Fighter, even with out ingesting alcohol, so it’s no shock that she pulled out all of the stops once more by suggestively licking her fingers!

4. Taking Off Their Clothes

Bold trend decisions and exhibiting off pores and skin have by no means been points for (G)I-DLE. Over time, they’ve been extra snug of their pores and skin, actually!

Miyeon couldn’t assist however present her love for (G)I-DLE’s maknae (the Korean phrase for the youngest within the group). It was even funnier when Shuhua screamed for assist.

Usually, songwriters are shy once they obtain too many compliments, however Soyeon was comfortable to brag about how big of successful “Tomboy” was for his or her group!

Yuqi went viral for her deadpan “Tomboy” dance. This time, her whole group joined in on the enjoyable!

Neverland, (G)I-DLE’s official fandom, will proceed to stay up for their favorites breaking boundaries and celebrating themselves!

Watch the total Tipsy Live of (G)I-DLE under.